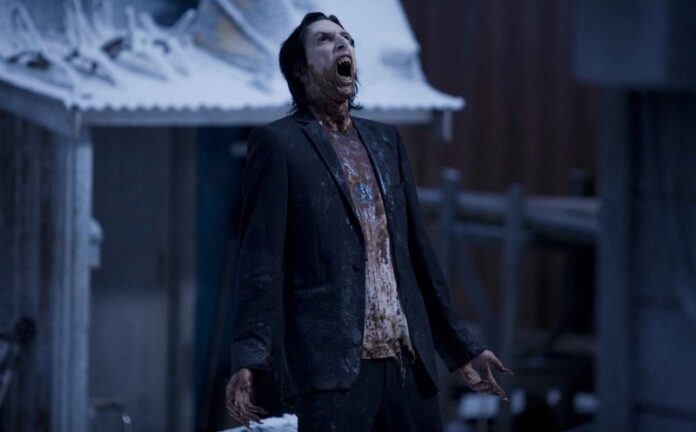 Despite being told in so many different ways, vampires always remain among the scariest and most fascinating creatures that cinema can offer. In fact, few things are as frightening as these beings who have returned to earth to literally suck the life away from those who have the misfortune to become their prey. One of the few things that are known to defeat vampires is sunlight, but what if that fails too? That’s what happens in the 2007 horror film 30 days of darknessdirected by David Slade (who will return to directing vampires with The Twilight Saga: Eclipse) and produced by the legendary Sam Raimi.

The film is based on the comic series of the same name Ben Templesmith And Steve Niles, released in 2002 after the two failed to sell their story for the cinema. Thanks to the success achieved, their story finally arrived on the big screen, however, also enjoying great success with fans of the genre. This has led to a renewed interest in vampires, as well as the continuation of the stories written by the two authors. In fact, there is also a 30-minute prequel titled Blood Trailsset two days before the events of the film.

A sequel was later made, titled Dark Days and based on the comic book sequel of the same name. A further short film dedicated to this context was finally shot under the title of Dust to Dust. It is therefore a narrative universe that goes far beyond just the original feature film, and which still attracts new fans today. Before embarking on a vision of the film, however, it will certainly be useful to deepen some of the main curiosities relating to this. Continuing the reading here it will be possible to find further details relating to the plot and al cast of actors. Finally, the main ones will also be listed streaming platforms containing the film in their catalog.

30 days of darkness: the plot of the movie

The story takes place in the city of Barrow, Alaska. Here the inhabitants are now preparing for the classic period of the year where for thirty days they will not see the light of the sun, forced to live only in darkness. Fortunately, this does not prevent the town from having various means of communication, which allow it to stay in contact even with the nearby inhabited areas. Someone, however, just begins to sabotage all of this, leading Barrow to complete isolation. The sheriff Eben Oleson and his deputy Billy Kitka they therefore begin to investigate these mysterious events.

To give them a hand there will be, even if reluctantly, Stella Oleson, Eben’s ex-wife and got stuck there in Barrow following the strange sabotage. Soon, the two lawyers and the woman are faced with a horror that is beyond their imagination. The town, now immersed in total darkness, is in fact invaded by a horde of hungry vampires, who take advantage of the absence of light to feed everyone present without obstacles. To guide such creatures there is Marlow, the most evil of vampires. In order to survive those thirty days, Eben and the survivors will have to come up with a sound plan as soon as possible. 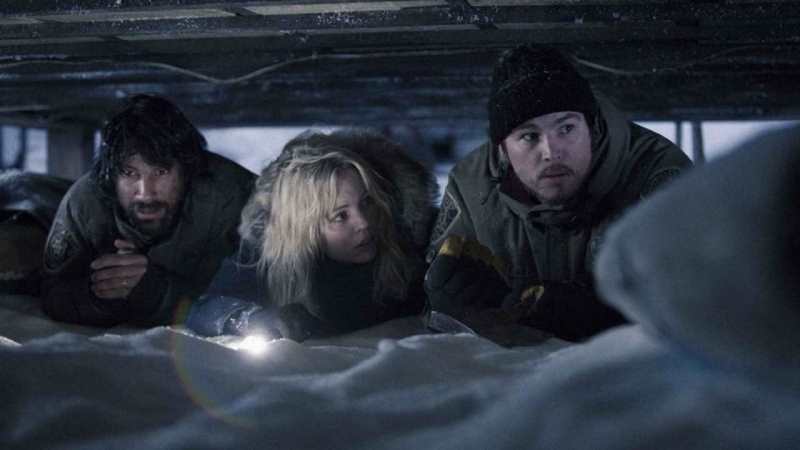 30 days of darkness: the cast of the film

Playing the intrepid Sheriff Eben Oleson is the actor Josh Hartnettbest known for films such as Slevin – Criminal Pact And Black Dahlia. Attracted by the story and his character, he trained for a long time in order to be able to personally perform as many stunts as possible, avoiding being replaced by stunts. Next to him, in the role of ex-wife Stella Oleson, there is instead Melissa Georgefamous for the series Alias, where she played Lauren Reed. Like her colleague, she also had the opportunity to personally perform many of her stunts, particularly those driving cars. The actor Manu Bennett instead is Deputy Sheriff Billy Kitka.

To interpret the evil vampire Marlow there is instead the famous actor Danny Houston, who said he had long wished he could play the role of such a creature. He and all the other actors in the role of vampires, in addition to undergoing hours of makeup, had to learn a special language, invented specifically for this film. The actor Mark Boone Junior instead he is present in the role of Beau Brower, the snowplow of the city. Elizabeth Hawthorne instead is Lucy Ikos, while Mark Rendall is Jake Oleson, Eben’s younger brother.

30 days of darkness: the trailer and where to see the film in streaming and on TV

It is possible to enjoy the film thanks to its presence on some of the most popular streaming platforms on the net today. 30 days of darkness it is in fact available in the catalogs of Chili Cinema, Infinity +, Apple iTunes and Amazon Prime Video. To see it, once you have chosen the reference platform, just rent the single film or sign up for a general subscription. In this way you will be able to watch it in total comfort and at the best of video quality. It is good to note that in case of rental you will have only a given time limit within which to look at the title. The film is also present in the television schedule of Saturday 23 April at 9.15 pm On the canal Italy 2.

30 days of darkness: plot, cast and curiosities about the horror film