We often say that we don’t have the time or the inclination to read… But it seems all the same that Internet users are very interested in reading. Especially if you take a closer look at what they are looking for online. According to this literary selection, which is based on research by Internet users for the year 2022*, they are interested in the literary trends of the moment (for example with books that have won a literary prize), but also, and above all, to novels adapted into films. Because we find many of these books adapted to the 7th art in their research on the internet. Note: some requested books can also be best-sellers or even controversial books, but the underlying trend remains the adaptation of the said book/novel to the cinema.

Spoiler alert as this selection is based on the year 2022: Harry Potter, Fifty Shades of Gray and Twilight are therefore not included in this list. We find there rather romance novels, novels on historical facts or on inspiring personalities, recently adapted to the cinema, or diffused on the streaming platforms like Netflix or Canal+, or whose historical subjects are regularly commemorated…

Discover the selection of books among the most wanted in 2022:

Her name was Sarah by Tatiana de Rosnay, a novel about the roundup of the Vél’ d’Hiv

The novel “She was called Sarah” by Tatiana de Rosnay and published in 2006 won numerous literary prizes (Pocket book readers’ prize – Booksellers’ choice, Chronos Prize 2008, Corsica Readers’ Prize 2008, – high school students category , Prix Gabrielle d’Estrées 2007) as the subject is so moving and takes us back to the France of the dark years in 1942 with the Rafle du Vél d’Hiv… It was adapted into a film in 2010 by Gilles Paquet-Brenner with headlining actresses Kristin Scott-Thomas and Mélusine Mayance.

Her name was Sarah Roman by Tatiana de Rosnay The main subject of this novel is a journalist’s investigation into the commemoration of the Vél d’Hiv, or rather the Roundup of the Vél d’Hiv. A dark event in French history under the occupation since Jewish families and many children were parked and then deported to the Auschwitz camp. Sarah is a 10-year-old girl separated from her family… Tatiana de Rosnay touches our hearts with this novel of just over 400 pages.

>> SOURCE CODE: Discover the true story of the Rafle with this Podcast from Le Parisien

Avant toi by Jojo Moyes, a book of love and self-acceptance

“Before You” is a 2012 romance novel by author Jojo Moyes. It was adapted for film in 2016 by Thea Sharrock starring Emilia Clarke and Sam Claflin. You can currently watch it on netflix or Prime Video by subscribing.

Before You by Jojo Moyes Before you is a love book, even if the story seems to start badly for the two main characters. With a little over 500 pages, the author delicately gives us the path to regaining self-esteem and that of others after an accident. Disabled, one of the characters no longer has a taste for life… But an encounter will upset his daily life.

Waiting for Bojangles by Olivier Bourdeaut, a book about a solitary man

The novel “Waiting for Bojangles” written by Olivier Bourdeaut was published in 2016. It was then adapted in 2022 by Régis Roinsard with the main actors Virginie Efira and Romain Duris. The subject is difficult since it deals with mental illness, in particular bipolarity. 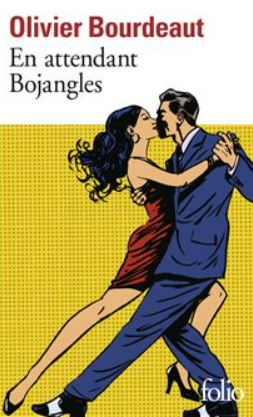 A love book set to the gentle rhythm of Nina Simone’s hit Mr. Bojangles. But l’amour fou deserves its name well when you read these pages, which have won the author numerous literary prizes such as the Grand Prix RTL lire or the Prix France Télévisions roman and that of France Culture-Télérama.

I Am Legend by Richard Matheson, an American science fiction book

The sci-fi novel “I Am Legend” was written by Richard Matheson and published in 1954. The last survivor of an epidemic seeks to save humanity in a hostile world populated by vampires/zombies. It has had many adaptations, but the one Francis Lawrence in 2007 with Will Smith in the role of Robert Neville was a real success in theaters with many distinctions, in particular for the main actor… You can watch it (or the review) on Prime Video or Netflix, with a subscription or on VOD.

I am a legend by Richard Matheson 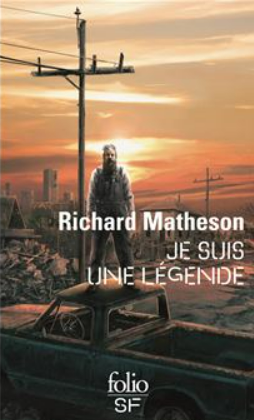 This science fiction book makes sensitive souls tremble. Published in the 1950s, it nevertheless brings hope: we could save humanity, but together we have more chance of doing it than alone…

I wish someone was waiting for me somewhere by Anna Gavalda, a love book

The novel “I would like someone to wait for me somewhere” written by Anna Gavalda was published in 2003. It was adapted for cinema by Arnaud Viard in 2020 starring Camille Rowe, Benjamin Lavernhe, Elsa Zylberstein and Jean -Paul Rouve. It is available on VOD.

I wish someone was waiting for me somewhere by Anna Gavalda 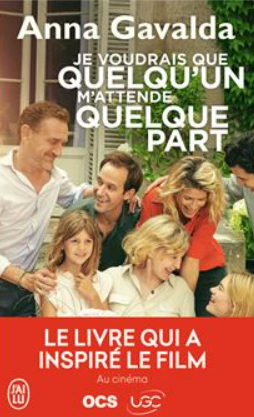 This book is a collection of short stories, with 12 short stories and characters who lead fairly simple lives full of humanity, which explains the success of this book.

If you are not seduced by any of these reading proposals, don’t worry, you still have the selection of 5 novels to read at least once in your life… Or the film version of one of these books!

Obviously, you may prefer the paperback versions to the pocket book for your library and your reading. We have chosen to offer you books at affordable prices, mainly paperbacks, even if the anniversary or paperback versions of these 5 books are worth the detour!

We think, for example, of the version illustrated by Christian Cailleaux of the novel “Waiting for Bojangles”to that of ” Her name was Sarah “ or that of “I would like someone to wait for me somewhere”.

What do you call a film based on a book?

Films and series are regularly inspired by novels or books. It is then a film adaptation of the book. The production on the big screen is more or less faithful to the original work, which can sometimes disappoint readers. In other cases, readers prefer not to go see the film to keep the magic of their imagination, especially the appearance of the characters or the atmosphere…

We can cite a few examples of these very numerous adaptations to the cinema:

What are the other novels and books that have been talked about in 2022?

In another category, you can also indulge yourself with the books that received a literary prize in 2022. This is the case with Brigitte Giraud, for Living Fastwho received the Goncourt prize or that ofAnnie Ernaux who received the Nobel Prize for Literature this year.

In another genre, you may be interested in our selection of graphic novels Where our selection of comicsbearing in mind that the best-selling book this year is none other than a comic strip : “The Endless World”, by Christophe Blain and Jean-Marc Jancovici. A comic strip on ecology and climatic drifts which has become a true bookstore phenomenon.

*Selection of books and novels based on the average number of keyword searches over the past 12 months, with an internal selection of books representing an underlying trend related to the adaptation of literary works into cinema.

These most searched books and novels on the internet in 2022